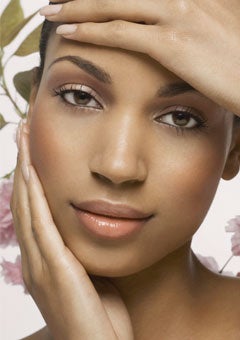 My mama has given me loads of good advice over the years, but one that always sticks out: if someone is truly sorry for hurting you, they’ll apologize like they’re hurting, too. So with Mommy’s words ringing in my ears, I believe sincerity, humility and timeliness are the hallmarks of a real apology. You know… the kind that doesn’t have to be wrangled or shamed from the source.

So earlier today, when my best friend tagged me in a Facebook post enlisting me to sign a ColorofChange.com petition demanding a heartfelt “I’m sorry” from the editor-in-chief of Psychology Today for that whole “Black women are uglier than every other kind of women” foolishness they posted days ago, I declined. I mean, I appreciate the movement for justice but I’m not signing that thing. As far as I’m concerned, Team PT can save it. Any apology more than a week in the making is an apology I don’t care to get.

Did their deep-thinking editors seriously not stop to contemplate that the post might be a smidge offensive to Black women? Of course they did. But I’m pretty sure that that thing would’ve never seen the light of day had it been lambasting the looks of, say, Jewish or Latino or Russian women. So the offense was not only insulting, it was intentional. That’s like someone purposefully stomping your toes in platform heels and trying to smooth it over with a mumbly, half-hearted “sorry.” I gotta tell ya: I’m wouldn’t be in a hurry to offer up my forgiveness then just like I’m not now.

Fact of the matter is, the editors ran the story because they assumed that the general populace of black broads who were being targeted don’t read their publication. Interestingly enough, I only subscribe to two magazines these days: Essence and Psychology Today. And I troll their website often for story ideas to blog (and rant, rave and disagree) about.

Up until now, I had been impressed with the cool perspective the mag and its online component had on issues like parenting and dating. That was, of course, before I found out that they didn’t respect me and my kind enough to not publish what is clearly some quack’s thinly veiled racism.

What would’ve been an assertion actually worthy of research and interest is why everybody wants to dog out black women but so many want to be like black women. Parts and pieces of us, anyway. It’s warm and folks want to lay out and get tan — I’ve even had ladies compare their skin complexions to mine and boast about being almost dark as I am — but not the kind of tan that gets you called out as “ugly” by little Japanese evolutionary psychologists, of course.

Plastic surgeons are booked up with appointments made by chicks wanting to plump up their lips and beef up their backsides, and inasmuch as the mainstream likes to attribute the invention of pouty mouths and bubble butts to alabaster-skinned beauties like Angelina Jolie and Jennifer Beal, those attributes are one hunert percent homegrown straight from Mother Africa. Blacknesses ain’t pretty, but they’re still so popular. Hmmm.

Truth be told, I can only be but so put out over what Satoshi Kanazawa said. Doesn’t somebody always come with something wrong and disrespectful about sistas? We get mad, we fight back, it dies down, it happens again. It’s the circle of the life of a Black woman. We stay the subject of somebody’s study, quote or research. We’ve been nappy-headed hoes a la Don Imus and big booty hoes a la Snoop Dogg. It’s downright exhausting, but the fight must press on. I just choose not to use a petition or a sad, sorry apology to do it.

When I look at Jill Scott, Gabrielle Union, and Michelle Obama — heck, my own daughter and my circle of family and friends who aren’t household names but every bit as gorgeous as anybody’s red carpet-walking celebrity — it makes that dude’s claims even less worthy of getting all worked up about. As far as I’m concerned, we’ve already given him and Psychology Today more press and airtime than they deserve and they’ll ever enjoy again.