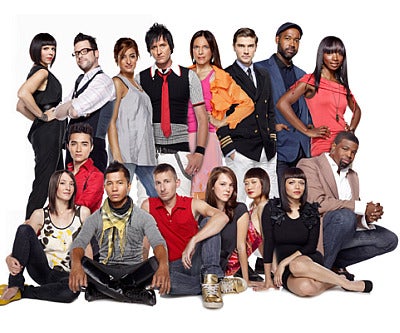 Fashionistas and Wii junkies unite! Atari Inc and The Weinstein Company, producers of the megahit “Project Runway” series, just announced that on March 2nd, a “Project Runway” videogame will be released exclusive for the Wii system. Players of the videogame will be put in the role of aspiring fashion designer and, just like on the show, they’ll be presented with an array of theme challenges, where they’ll create designs and even top off the “models” with hair, makeup, and accessories. There’s even a feature where the player can become the model and, using the Wii Balance Board accessory, they can flaunt their creation down a virtual runway (our favorite part). And what “Project Runway” videogame would be complete without the snarky deliciousness of Tim Gunn, Heidi Klum, Nina Garcia and Michael Kors? Along with season six’s top eight contestants, the judges will feature prominently in the competition experience. We can think of few things more thrilling than a virtual Tim Gunn ordering us to “Make it work.” Read More: * Nicole Richie to be Guest Judge on “Project Runway” * “Project Runway’s” Korto Momolu Runway Show * Korto Momolu’s Personal Photos
Loading the player...

Russell Hornsby: 'BMF' Is A Story Of How Cities Across Ameri...

Behold The Beauty At The Academy Museum of Motion Pictures O...