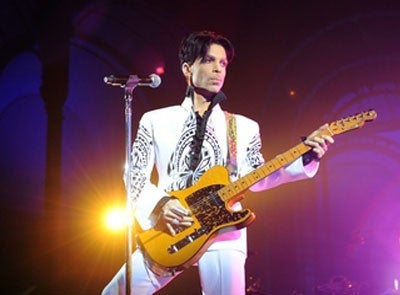 Some of us get excited when our favorite artists cover songs from legends. Who could forget Alicia Keys’ powerful rendition of Prince’s “How Come U Don’t Call Me Anymore” or Chaka Khan’s hugely popular cover of Prince’s “I Feel For You.”

Despite numerous artists putting their own spin on Prince’s great music, he wants it to come to an end. He’s made it clear he wants it to be illegal.

George Lopez sat down with the Purple One and discussed the matter. “Covering music means your version doesn’t exist anymore. A lot of times, people think I’m doing Sinead O’Connor’s song or Chaka Khan’s song, when in fact I wrote those songs,” he said.

“There’s this thing called compulsory licensing law that allows artists through the record companies to take your music at will without your permission… that doesn’t exist in any other art form, be it books, movies.” He went on to mention there’s one version of “Law and Order” but multiple versions of “Kiss” and “Purple Rain.” So, is he saying he wants to consent to the remake before hand? Probably.

Though Prince makes a decent point about theft and not giving credit where credit is due, artists typically do covers to pay homage or perhaps thank the artists who inspired them. So how do do you feel about the situation?