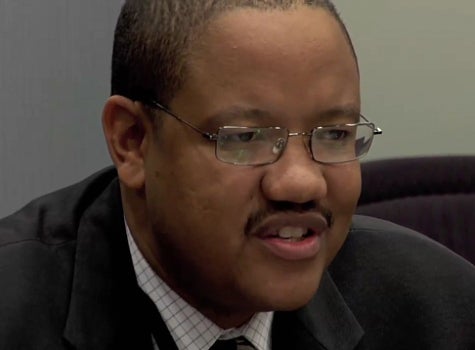 The mentoring program for teenage girls that First Lady Michelle Obama launched last November has recently expanded to include 20 boys who have been paired with White House staffers. “We know the difference a responsible, caring adult can make in a child’s life,” President Barack Obama said in a ceremony last month kicking off the young men’s program, after telling his story of growing up without an involved father. “Back them up when they’re discouraged; provide tough love when they veer off track… refusing to give up on them, even when they want to give up on themselves.” Coordinating the effort, which involves monthly events focused on education, career planning and community service, is Michael Strautmanis, chief of staff for the Office of Public Engagement and Intergovernmental Affairs. He is also a longtime mentee of the President and First Lady. ESSENCE.com talked to Strautmanis about the program’s teenage participants, advice for young people looking for direction, and what he’s learned over the years from his own mega-famous mentors in the White House. ESSENCE.com: Why was it important for the President to expand the White House mentoring program for young men? MICHAEL STRAUTMANIS: Mentorship has been a priority for the President and First Lady ever since I’ve known them. I was lucky enough to have them as mentors, and it’s made a big difference in my life. The President knows that times are tough, and it’s difficult for parents and guardians to pass on their values to their children. People are working harder and longer, if they have a job, and so many others are looking for work or trying to pull together several part-time jobs to make ends meet. So, our parents need help. The President has always called on us here at the White House to give back. We are public servants, and this is another piece of it. ESSENCE.com: How were the students selected to participate? STRAUTMANIS: These 20 young men were recommended by high schools in the Washington, D.C. area by their principals. We asked the principals to think about young men who they thought could benefit from the program because we really want to make an impact with this. So, we have a wide range of young people from different backgrounds, who have different strengths and skills. ESSENCE.com: How did your mentoring relationship with the President and First Lady come about? STRAUTMANIS: I had a summer job as a paralegal, at the law firm in Chicago where the First Lady worked. She was an associate at the firm, and she was somebody who took time out of her day to talk to the young people who were there. That grew into a friendship, and she introduced me to her then fianc, Barack Obama. I would come to them with questions about law school, what they did, and if they could give me some perspective on the decisions I had to make moving forward. They have guided me on a wide range of professional and personal issues. I firmly believe that being a good father and good husband, and being a good public servant are all things that the President and First Lady have helped me with. I’ve been blessed to have them. ESSENCE.com: What advice would you give students for finding a mentor? STRAUTMANIS: Mentors don’t have to be part of a program. It doesn’t have to be anything formal. I would encourage young people to look to the people who are around them that they think they can learn from, and who will help them chart a course toward success. I would have them look to their teachers and people in their community and houses of worship. I think they will find adults there who are willing to answer questions, give back and invest in them. If they then meet these adults halfway and do their part, my experience has shown me that it will be well worth their time and effort. Read more: