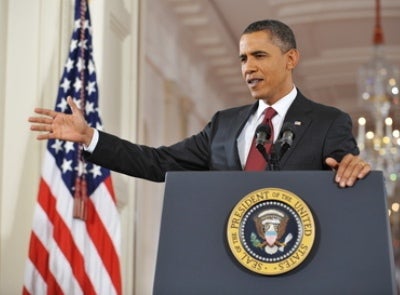 President Obama will visit Ground Zero on Thursday to meet with families of the victims of the 9/11 terrorist attacks. The President’s visit comes just a few days since his announcement of Osama bin Laden’s death. The 9/11 attacks were orchestrated by bin Laden almost 10 years ago, and nearly 3,000 people were killed.

New York City Mayor Michael Bloomberg is expected to join the President at the Lower Manhattan site for the observance. Former President George W. Bush was also invited, but has declined the offer.