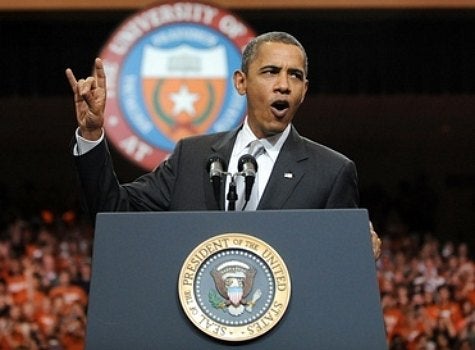 President Obama has publicly announced his support for a controversial Islamic community center to be built near Ground Zero, reports the Associated Press. The president made his remarks during a White House-hosted iftar dinner to observe the Muslim holy month of Ramadan. “As a citizen, and as president, I believe that Muslims have the same right to practice their religion as everyone else in this country,” said the president, noting that the place where the World Trade Center once stood is “hallowed ground” but America’s commitment to religious freedom must remain “unshakable.” “That includes the right to build a place of worship and a community center on private property in lower Manhattan, in accordance with local laws and ordinances,” he added. The $100 million Islamic community center, which is proposed by American Muslims and would include a mosque, would be built two blocks away from where nearly 3,000 people were killed when planes slammed into the twin towers on September 11, 2001. Obama’s support was not welcome among some victim advocates who see building a mosque near the fallen towers as disrespecting the memory of those killed on that fateful day. “Barack Obama has abandoned America at the place where America’s heart was broken nine years ago, and where her true values were on display for all to see,” said Debra Burlingame, a spokeswoman for some Sept. 11 victims.   Where do you stand? Should an Islamic community center be built near the World Trade Center?