President Barack Obama attempted the splits with the United States’ Olympic gymnastics team at the White House on Thursday, almost becoming one the Final Five.

“I want you to know that I was going to do, like, a floor routine on the way out with Simone,” he joked in front of the Olympic and Paralympic teams. “But we decided it was a little too crowded.”

“And I can’t touch my toes,” he admitted as guests laughed.

The first several rows in front of the president were occupied by wheelchair Paralympians.

This is the last group of Olympians the Obamas will host a the White House, as the president noted in his speech to the group. 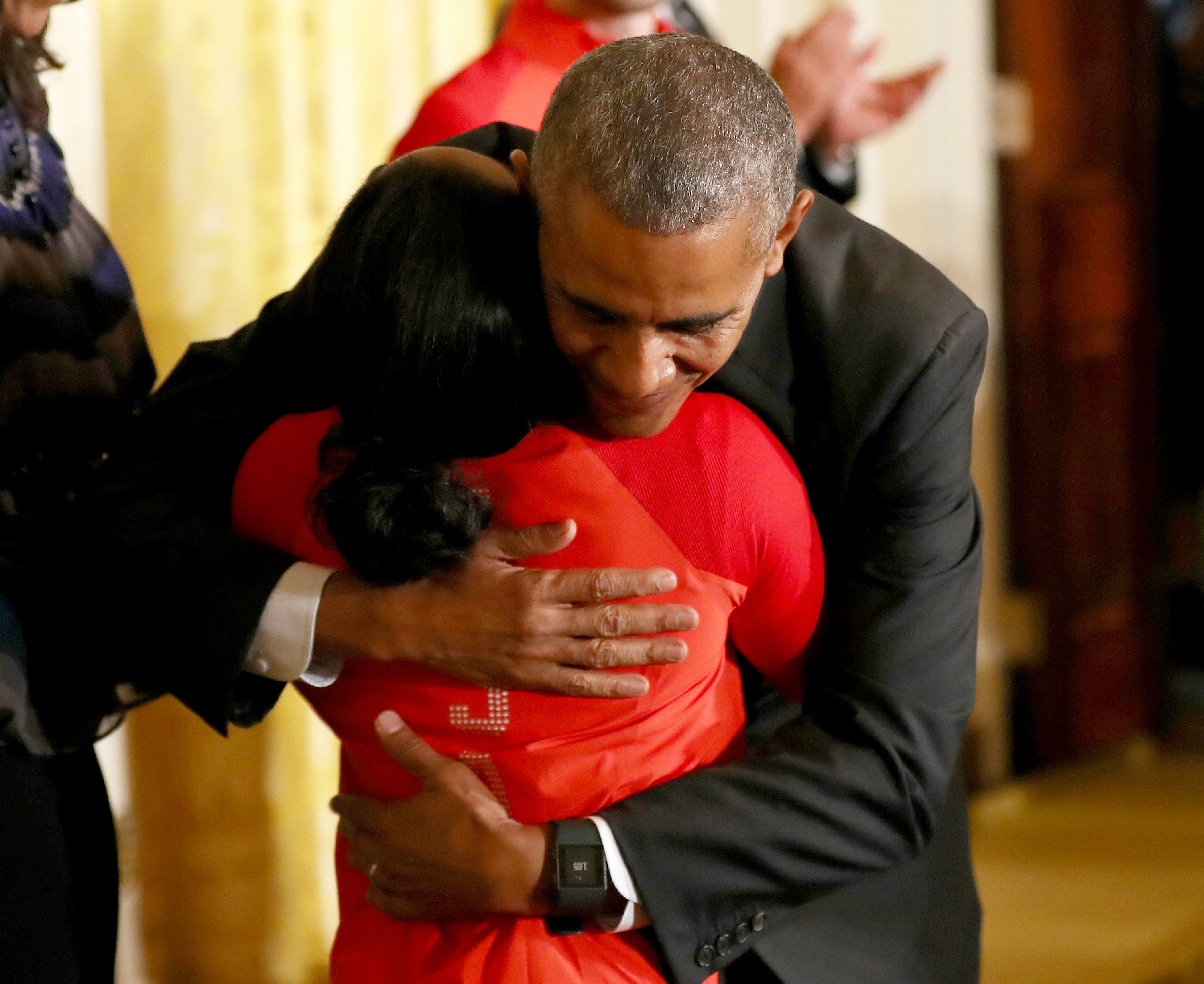 Among the athletes were Simone Biles, Michael Phelps and Aly Raisman. Gabby Douglas, who underwent surgery to remove her wisdom teeth earlier this week, did not attend. Swimmer Ryan Lochte was banned from the event.

Obama praised the Olympics team for winning 46 gold medals and for the individual milestones athletes made.

He continued by applauding the triumphs of American women during the games.

“One of the reasons our country is so proud of this year’s Team USA is 2016 belonged to America’s women Olympians,” he said. “As the father of two young women, for them to have that example of health, and drive, and competition, and persistence, and strength – it makes me really proud.”

The president also highlighted the nation’s diversity as one of the teams’ strongest points throughout both games.

“America’s greatness doesn’t only come from high scores and fast times,” he said.

Hugh Freund, a 28-year-old silver medallist in the three-person keelboat sailing event in the Paralympics, said seeing the president and first lady was “right up there with walking into the opening ceremony right behind the flag-bearer.”