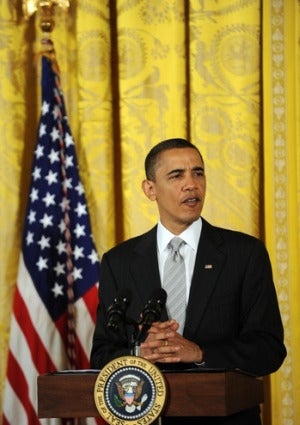 If you doubted President Obama and First Lady Michelle Obama’s generosity, doubt no more. The White House released their tax returns showing the Obamas adjusted gross income was $5,505,409 in 2009. The majority of their earnings were from the President’s book royalties. The pair donated to over 40 charities in 2009, with the largest amount–$100,000–going to the United Negro College Fund and to CARE, an organization that fights world poverty. President Obama donated his entire $1.4 million Nobel Peace Prize to 10 charities. The biggest share $250,000, will go to Fisher House, an organization that provides housing for families of patients receiving medical care at major military and Department of Veterans Affairs medical centers, according to the Washington Post. The Clinton Bush Haiti Fund, will receive about $200,000. Six charities geared toward preparing students for a higher education will get $125,000 and two organizations involved in global outreach will receive $100,000. The President paid $163,303 in Illinois state income taxes. In comparison, Vice-President Joe and his wife Jill Biden aren’t so well off. The pair’s income was $333,182, of which they paid $71,147 to the IRS and gave $4,820 to charity. They also paid $13,897 in state income taxes. For a rainy day, the Obamas put $49,000 in a retirement plan. Read more: