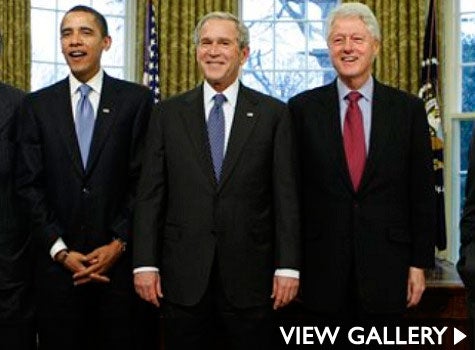 President Obama has called on his predecessors, President Bill Clinton and former President George W. Bush to help raise funds for Haiti relief efforts. In a press conference this morning President Obama said the three men had discussed “how to enlist and help the American people in this recovery and rebuilding effort going forward.”

“I want the people of Haiti to know that we will do what it takes to save lives and to help them get back on their feet,” said President Obama.

This past week the two ex-presidents Bush and Clinton announced an initiative to help raise funds for the earthquake survivors. Donations can be made to clintonbushhaitifund.org.