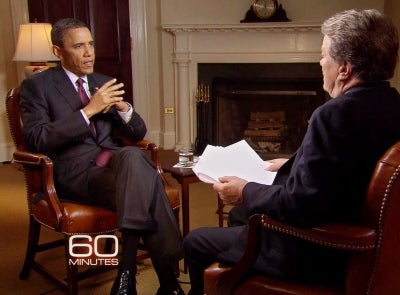 President Barack Obama appeared on “60 Minutes” last night in his first interview since he announced the killing of Osama bin Laden last Sunday. The President gave details about the daring helicopter raid that took place in Pakistan.

“It was the longest 40 minutes of my life, with the possible exception of when Sasha got meningitis when she was 3 months old and I was waiting for the doctor to tell me she was alright. It was a very tense situation,” said President Obama.

During the raid, Obama and his top aides “had a sense of when gunfire and explosions took place” on the ground in Pakistan, said Obama, but there were many blurry details. “We could not get information clearly about what was happening inside the compound,” he said.

The President offered no apologies for the mission that killed bin Laden. “As nervous as I was about this whole process, the one thing I didn’t lose sleep over was the possibility of taking bin Laden out,” said President Obama. “Justice was done.”