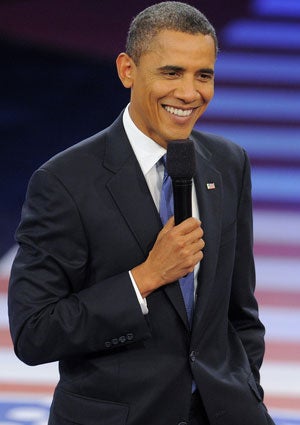 Barack Obama must be enjoying his job as President of the United States. He’s expected to announce his campaign for reelection tomorrow. But don’t expect a fancy TV announcement, rather look to your phone and Facebook for the update.

According Gawker, the video message will be “transmitted directly to supporters through text messages, email and social media, not with an appearance by Obama” — targeting our nation’s youth and tech savvy again.

Before he’s allowed to raise any money for his reelection, he must file formal papers with the Federal Election Commission — which he’s expected to do this week. The AP is also reporting that his campaign headquarters will once again be located in Chicago.

All of this is exciting news. The wheels are beginning to turn the Obama machine. Thus far, he’s done a phenomenal job as President, given the circumstances he entered office under. In addition, he’s accomplished quite a bit during his first term including reforming our nation’s health care. We’re on the edge of our seat anticipating his 2012 agenda.