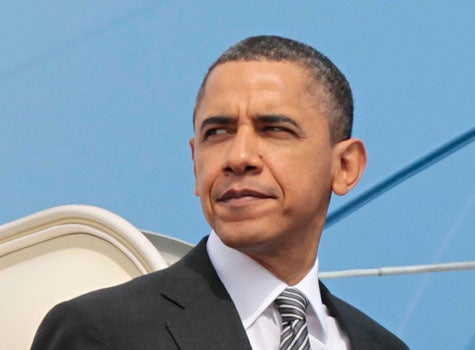 Three years after the historic election of 2008, is the racial climate of the country getting worse?

It seems like ever since we saw the election of a Black POTUS, we’ve gotten a little pushback from some Whites who’d rather keep the racial climate of this country as it has been for many years: terse, painful and informed by White privilege (see: the Tea Party movement, the efforts Arizona has made to make being an ethnic ‘minority’ illegal, etc). Others seem a bit too comfortable playing the “post” race card, using the n-word as if it’s no longer taboo (see: John Mayer, Bristol Palin’s new boyfriend and allegedly, Halle Berry’s ex-beau Gabriel Aubry).

Race is no less a contentious issue in 2011 than it was in 2001, in 1991 or 1981. For all the strides we’ve made, when we find matters of color, we still find conflict more often than not. And it seems like the more we seem to go forward towards a society in which race is no longer a painful matter (and by “go forward,” I mean in teeny, tiny baby steps), the more reminders we get that we aren’t hardly “post” anything.

At no other point in this country’s history has an entire political movement been created in response to the election of a particular president; yet, the inauguration of President Barack Obama was swiftly followed by cries of those who felt it was time to take “their” country back. From what? From whom? Why, from the Black boogey-President who threatened the historical order of things with his very presence. Never mind that he directly succeeded a POTUS who took a number of measures that were in direct opposition to the needs of the largely working and lower-middle class people who aligned themselves with this Tea Party nonsense; here, it seems painfully obvious that for many, race trumps one’s basic human needs.

The problem (well, one of them) is the desire of many people to get over race without ever really getting under it; or, in other words, to bypass the difficult task of actually confronting our issues with color because it makes people uncomfortable (especially White ones). So many Americans would like to treat racism like a sty: keep your hands clean, don’t touch it and just hope that it goes away. But how can we do such a thing when people are getting increasingly cozy with racism? And to what level are Black folks responsible for this comfort?

As folks like Sarah Palin and Glenn Beck gain prominence, it seems that racist sentiment becomes increasingly socially acceptable. Where the words of right-wing race baiter Rush Limbaugh were once gasp-worthy, we now have Fox news bringing similar attitudes into American homes 24 hours of the day. We have a portion of this country’s population that is blatantly anti-Black (and anti-Latino, anti-Muslim…) in ways we haven’t seen in the post-Civil Rights Era. This country that took the bold step of electing its first non-White leader now seems doomed to return to the racial climate of days past.

Many Black Americans felt that the election of President Obama would bring the end of racism in this country — a noble, if not naïve, hope. Nearly three years later, it seems we are barreling in the opposite direction of progress. The question remains: will we ever be post-race? How long will Whiteness remain the American standard for normal and how long will racism reign supreme?