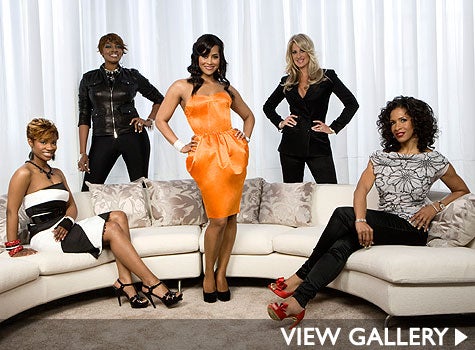 We love Nene and Kim’s drama, but sources tell The New York Daily News the two may be taking their requests to J.Lo and Mariah diva levels and Bravo producers are shopping for replacements. Among their many requests is more money to be on the show. “Bravo has been taking meetings with some notable and wealthy Atlanta women about possibly joining the show,” an insider tells the daily. “They’re trying their best to keep the process under wraps, but they’re gearing up to make a major move in the third season.”

A new socialite added to the “Housewives” roster may become the sixth housewife or replace Nene and Kim. Usher’s former wife Tameka Foster Raymond’s name was floated about as a possible sixth housewife but the girls aren’t feeling her, adds the source. “Tameka isn’t very popular in Atlanta. The producers asked each one of the women how they would feel if she were cast, and they all said that they’d walk. That’s the one thing they’ve been united about.”

If only all Bravo could capture this behind-the-scenes drama on film. Then again the more mud-slinging we read about the ‘Housewives’ franchise the more we’ll want to watch the show. Twisted, we know.