EDITORS NOTE: In remembering that women are the most powerful voting bloc, don’t forget to sign up on National Voter Registration Day. Use our registration tool (here) to make sure you’re at the polls on Nov. 8

On Monday night, the world watched as the historic presidential election of 2016 veered into its last iteration before America hits the polls.

The first woman to accept a major-party presidential nomination took the stage to debate with former reality star and businessman turned GOP presidential candidate. The two discussed the economy and jobs, briefly touched on race before seguing into a conversation about gun control and ended with national security.

The first of three debates scheduled before Nov. 8 marked a new moment in the year-long campaign for both candidates.

The 2016 election is unlike any that has come before. And for women, like all Americans, the stakes are high: our personal lives, our health, our families’ lie in the balance. The votes of women in America mean more than ever in 2016—and their absence could mean even more. But in 2012, only 59 percent of women eligible to vote marked their ballots in the presidential election, while studies show millennial women are turning out at even lower rates than their older peers.

These troubling statistics have led us — the editors of magazines and digital communities that reach over 73 million women readers — to push for change.

We are committed to ensuring that all their voices are heard in this fall’s election, and, to that end, we pledge, together, to register a minimum of 250,000 women to vote before November 8. 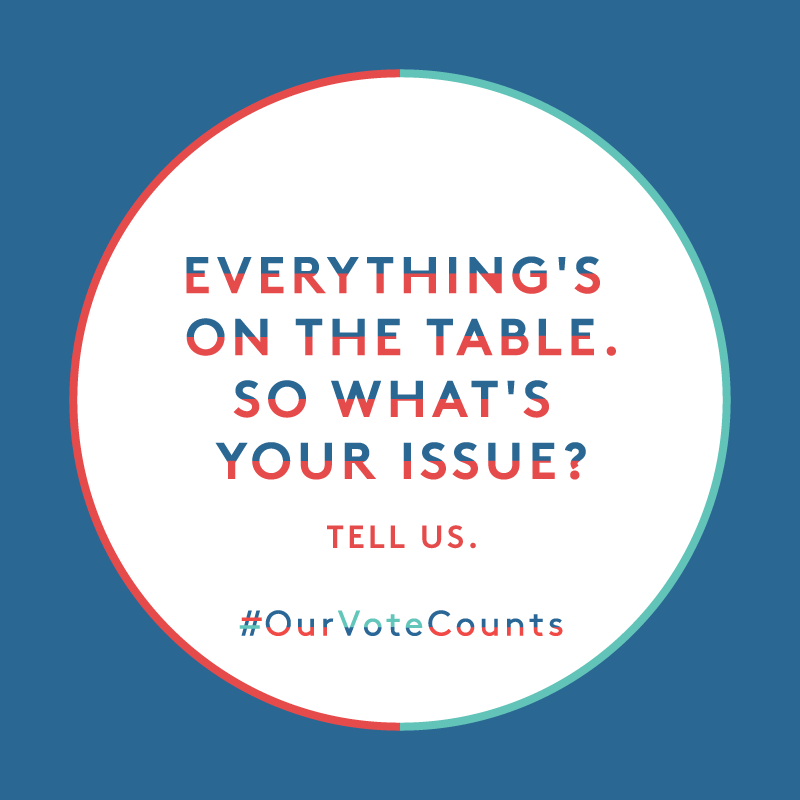 In 2015, ESSENCE and the Black Women’s Roundtable conducted the first-ever Power of the Sister Vote poll, asking nearly 2,000 African-American women their opinions about the 2016 presidential election. This year, an updated survey garnered 1,284 responses. Here’s what we found:

– Affordable health care was the top issue for everyone except 18-to-34-year-olds, who favored criminal justice reform.

– College affordability is an important concern for all women, especially those under age 35, followed by quality education.

But in order to address those concerns, we first need to vote.

ESSENCE, along with 50+ leading women’s media brands, have come together in an unprecedented way to share this message. We collectively believe the world is a better place when women are heard, and we want to do our part to help that happen.

Rock the Vote is the largest nonpartisan, nonprofit organization in the country helping to build long-term political strength for young people and through an amazing partnership, we’ve made it easy for you.

We’re here to get you registered.

For more information on Election 2016, and to register using our easy registration tool, click here.

See you at the polls!