President Obama is a class act.

When he took the stage in North Carolina Friday to stump for Hillary Clinton, he was interrupted by an older white man, waving a Trump campaign sign. 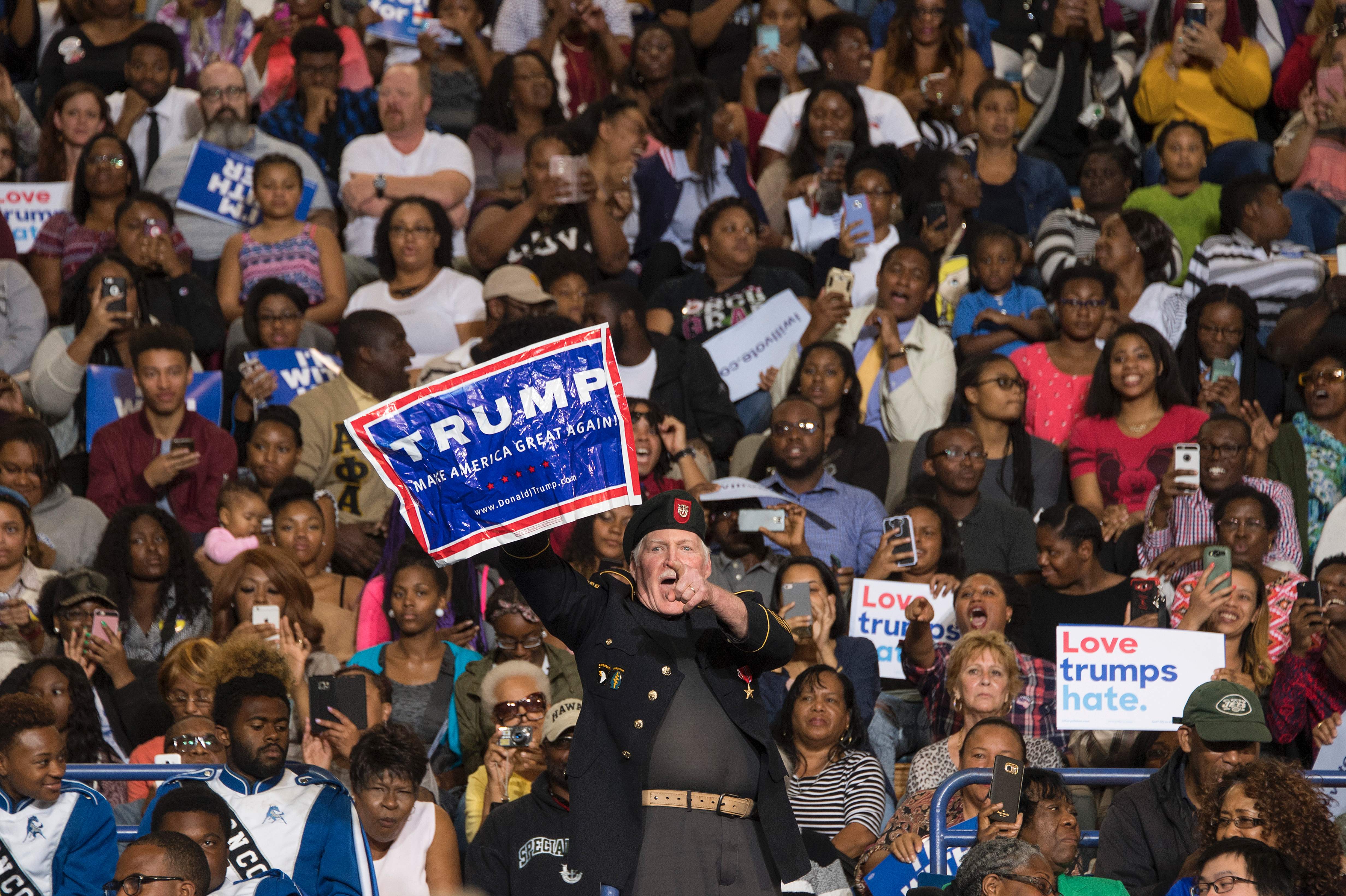 “Everybody sit down and be quiet for a second!” Obama said. “You’ve got an older gentleman who is supporting his candidate,” he said as the protester was led away.

“We live in a country that respects free speech,” he said. “It looks like he might have served in our military – we’ve got to respect that.”

Interestingly enough, Trump was holding his own rally miles away and gave a completely different version of events: that Obama scolded the demonstrator.  He says this despite the fact that it was caught clearly on video, and happened right in front of reporters covering the event.

“By the way, if I spoke the way Obama spoke to that protester they would say, ‘He became unhinged,’” Trump said.