Women making their voices heard at the polls has never been more important than it is for this upcoming election and a new graphic is giving the world a startling look at what the outcome would be this November if only women voted.

In a new infographic from FiveThirtyEight that depicts which candidate would win each state if only women had the deciding vote, Democratic presidential nominee Hillary Clinton comes out victorious. In a second map that predicts the results of the election if men were the only ones heading to the polls, Republican presidential nominee Donald Trump wins by an overwhelming majority.

Given that each of the infographics were built using up-to-date statistical data, the fact that the majority of men would be predicted to still vote for Donald Trump in light of the many troubling, statements, beliefs and incidents that are at the core of his campaign is highly disappointing, to say the least. 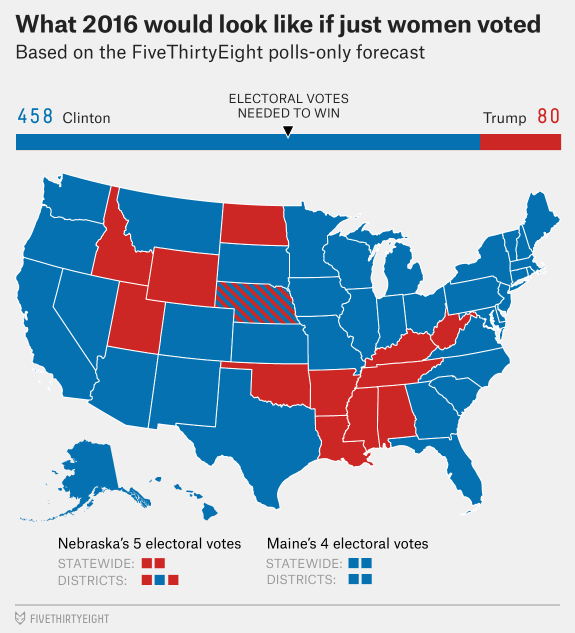