This article originally appeared on PEOPLE.

The GOP nominee didn’t seem so sure.

Donald was caught peeking over his wife’s voting box at P.S. 59 in N.Y.C. Tuesday morning, seemingly checking to confirm that she did, in fact, earn her support.

And the 70-year-old businessman wasn’t alone — his son Eric Trump was also photographed peeking at his wife, Lara Yunaska, as she voted. 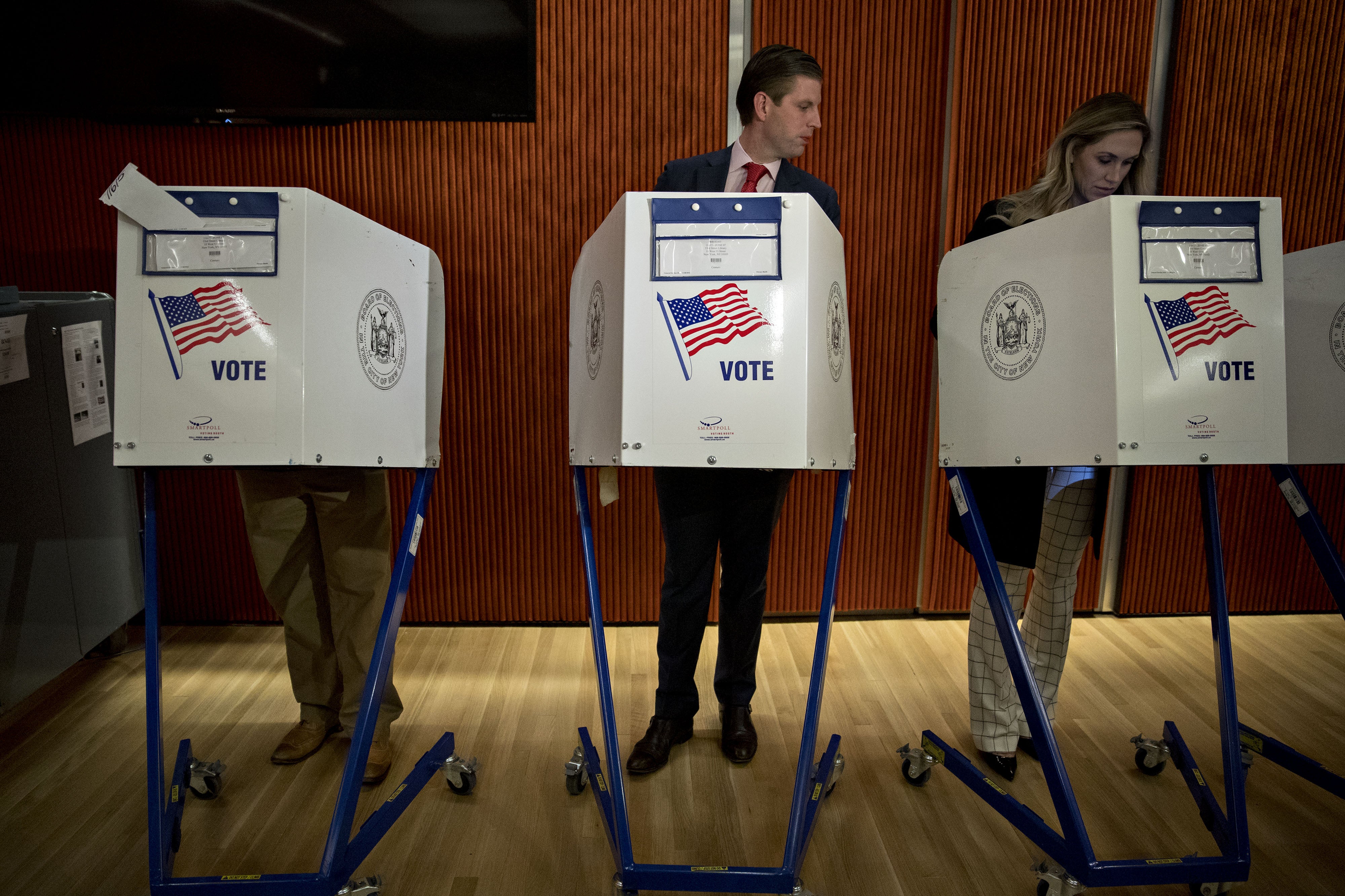 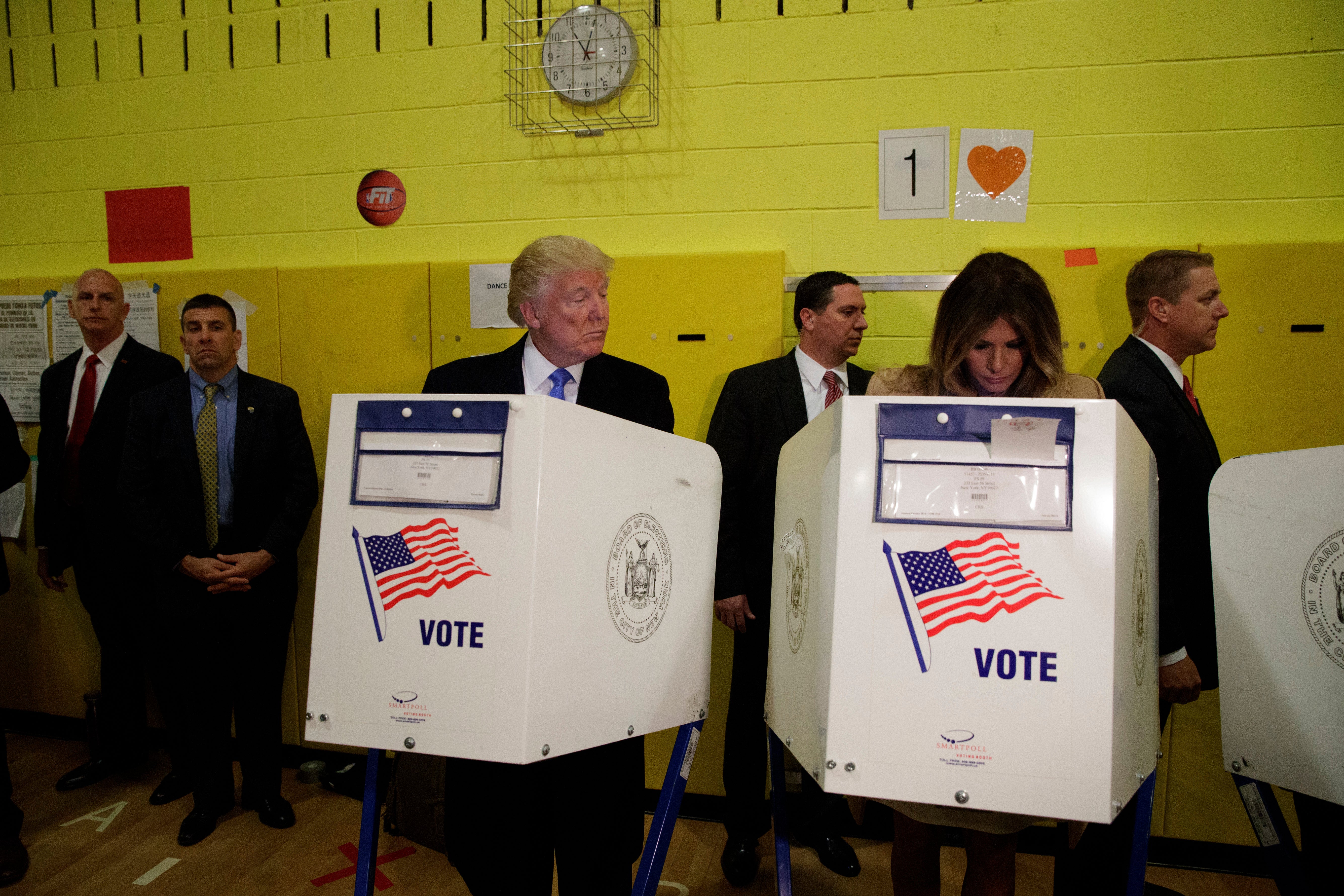 Later, on CNN, Lara assured that she and Melania did, in fact, vote for Donald. She admitted that the photos were “very funny.”

The couple were also celebrating their wedding anniversary.

Ahead of Donald and his family’s trip to the polls, the Secret Service shut down foot traffic near the Manhattan school. The candidate was also joined by daughter Ivanka, as well as her husband, Jared Kushner, and their daughter Arabella.

Eric, 32, is also in hot water for posting a photo of his ballot to Twitter — which is illegal in New York. Although he has since deleted the tweet, Eric could face a misdemeanor charge for violating the law, and up to a $1,000 fine.