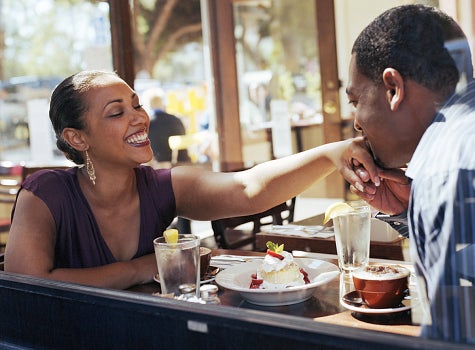 So we’ve been dating for a little over three months. And honestly, I feel I was well within my rights to let him know how annoyed I was with his poor follow through. I mean he cannot tell me that we will ‘possibly’ see each other on Saturday night and then let days go by without calling to say the ‘possible’ became a ‘no’. PAUSE– I get it… stuff happens. Family emergencies, unknown suspended license when the cops pull you over for driving while black, lost phones, etc. I’ve heard every excuse and honestly, I’ve given a few because stuff really DOES happen. PLAY – So when I called (yes, you read correctly, I called), and he hit me with “Hey sweetie”, I calmly asked was everything all good on his end.  “Yes, I’m good. Just trying to get some rest.” PAUSE – WTF?! I woke up at 3 in morning with a knot in my throat and tears in my eyes because I just could not believe that this man who calls me two and three times a day, this man who holds my hand when we walk down the street, this man who playfully slow danced with me in the middle of a restaurant while we waited to be seated, this man who periodically talks about what would happen “if we get married”, this man… would completely disregard me for two days without a call. PLAY – “Oh, okay.” I said. And then… I went off! I was so frustrated (from other episodes) and hurt and full of emotion that I said a WHOLE lot! Now here’s the thing… sometimes as women we say everything except what we really should be saying and we end up making matters a little worse for a minute. Our true emotions are not clearly expressed. And clearly he wasn’t ready for the venom I so articulately hit him with. The unfortunate part of the conversation is that I may have inadvertently hurt his feelings while attempting to express mine. I was pretty aggressive. And I said some things that were valid, but unnecessary. My message was lost. I attempted to email him and explain myself, my hurt. But the two days have multiplied! He didn’t call me for five days after that. When he finally did, I missed the call. Hours later I called back and he didn’t answer. A full week after the ‘blow up’, we finally spoke. He was cool, but surfaced maybe even a little removed. Funny… this all started because I was hurt and I was upset. Now…I think I’m gonna call back and eat humble pie. I’m just going to tell him that I was wrong and that I miss him. I may even ask if I can see him. PAUSE – Whoa! This is major! I’m really putting myself out there, but what do I have to lose? If he shuts me down, at least I won’t have to wonder ‘what if’ anymore. At least I’ll know that I tried to right my wrong. PLAY -  My heart is racing and I’m nervous. Am I really going to do this? Should I do this? I mean, wasn’t he in the wrong one to start off with? See… There I go. THINKING way too much and over analyzing the situation. I’ve made up my mind. Deep inhale…I’m calling! I’ll let you know how it goes.   Keeping it thick and healthy…   Exhale…   PSM Have you ever be in this situation? For more tales from the Plus Size Model in the City, click here. Read More: