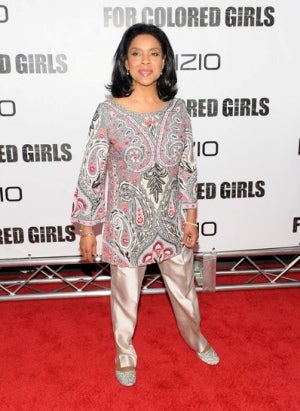 “For Colored Girls” star Phylicia Rashad is adding another accolade to her resume. The Tony award winner and “The Cosby Show” actress will make her Los Angeles directorial debut next March in the Ebony Repertory Theatre’s adaptation of “A Raisin in the Sun.” The famed thespian starred in the Broadway and television adaptions in 2004 opposite Sean “Diddy” Combs and Sanaa Lathan. Now, the actress takes the helm to direct the production of Lorraine Hansberry’s seminal play at the Nate Holden Performing Arts Center in Los Angeles. Tickets go on sale November 1.