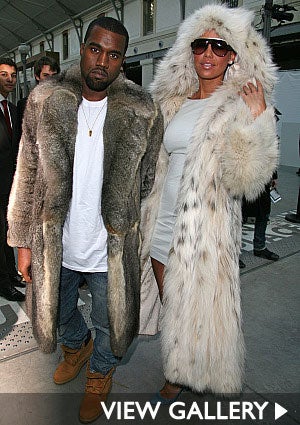 It’s safe to say that Kanye West and Amber Rose are not in the good graces of anti-fur organization PETA since they showed up to a Men’s Fashion Week show in Paris in full-length fur coats. PETA‘s vice president Dan Mathews had some not-so-nice things to say about Mr. West and Ms. Rose, insulting the couple’s fashion sense, AOL Black Voices reported. Read what Matthews had to say. PETA recently used Oprah, Tyra Banks and Michelle Obama in their advertising. Read Shirea L. Carroll’s report on the relationship between Black women and fur coats.