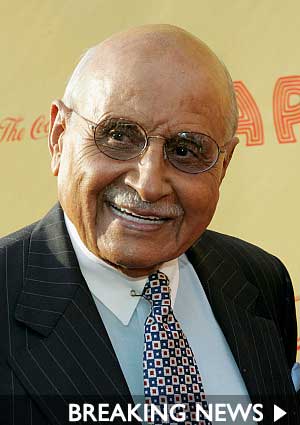 Often lauded for his role as Malcolm X’s attorney, Percy Sutton died on Saturday. He was 89.

Born in San Antonio, Texas, Sutton was the son of a slave and the youngest of 15 children. After serving amongst the esteemed Tuskegee Airmen in World War II, he settled in New York, where he earned his law degree and joined forces with his brother, Oliver, to open a law firm in 1953. Along with providing legal services to clients including Malcolm X, he served in the New York State Assembly and acted as Manhattan borough president during the late 1960s.

Sutton again teamed with his brother for the 1971 purchase of WLIB-AM, which is credited as New York City’s first, Black-owned radio station. After co-founding the Inner City Broadcasting Company, the pair would later purchase WBLS-FM, also in New York, followed by stations in Los Angeles, San Francisco, Detroit and their hometown in Texas. In 1981, a decade after acquiring his first radio station, Sutton purchased, and refurbished, the famed Apollo Theater. He was also among a group of investors who owned The Amsterdam News, one of the country’s most prominent, weekly, Black newspapers.

According to online reports, Sutton is survived by his wife, Leatrice, his son, Pierre, and his daughter, Cheryl.

“Percy Sutton was a true hero to African Americans in New York City and around the country. We will remember him for his service to the country as a Tuskegee Airman, to New York State as a state assemblyman, to New York City as Manhattan Borough President, and to the community of Harlem in leading the effort to revitalize the world renowned Apollo Theater. His life-long dedication to the fight for civil rights and his career as an entrepreneur and public servant made the rise of countless young African Americans possible. Michelle and I extend our deepest condolences to his family on this sad day.”