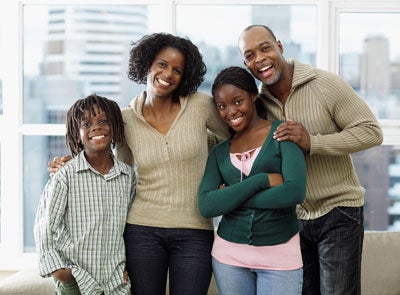 Discipline can be a point of contention in a blended family. Differences in parenting styles can literally make a couple split — if you don’t take measures to build strong relationships and to ensure that your marriage bond is strong.

When Lamar and I were engaged, I got my first glimpse of this step-family dynamic. We had an argument about how I disciplined my kids. I can’t even remember exactly what we argued about, but I remember he said the word “ridiculous” and he also said the words “You need to…”

I was so angry with him. I was hurt. I was insulted. I thought, “The nerve of him… he does not even have kids, so how dare he tell me how to raise mine?” I almost threw my rings at him and wanted to tell him #$%^&*%^&*%^&. But thank God I didn’t. I shudder to think that some other woman would be getting this good loving right now instead of me. I have to admit, it was very hard to see someone else discipline my kids.

Now that we have some years behind us, I would love to say that everything is just perfect and we are just one big happy family — the Brady Bunch. But I would be lying if I said that. What I can say is that our relationship is stronger than ever.

Here are some things we did to keep our relationship strong:

One day after we had a really heated argument about the kids, Lamar told me that he loved me and the kids and was willing to do whatever it takes to make it work. I can’t tell you how much that meant to me. It put things into perspective for me. We’re not perfect, we are going to make mistakes… but we are working on this together and we are stronger because of it.

Essence family, do you have any tips from experience in a blended family? Share them with the group.

Lamar and Ronnie Tyler are the creators of the award-winning blog BlackandMarriedWithKids.com. They also are behind the Amazon.com bestselling DVDs Happily Ever After: A Positive Image of Black Marriage, You Saved Me and the upcoming film “Men Ain’t Boys,” which will explore manhood in the African-American community. The Tylers are also the proud parents of four children.