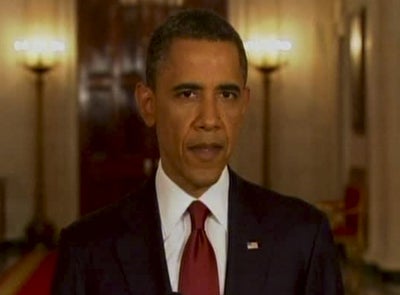 Tonight’s breaking news comes nine years, 7 months and 20 days since the tragic morning of September 11th, 2001, when nearly 3,000 American citizens were killed during the most ruthless terrorist attack that the nation has ever experienced.

On Sunday, May 1, 2011 at 11:30 PM EDT, President Barack Obama made a national TV announcement from the White House telling the world that he approved an American strike force to attack and kill the leader of the global terrorist group, Al-Qaeda, and that mission was successful. The mastermind of countless attacks against American citizens, including 9/11, is dead, and his body is in American custody.

Crowds of hundreds of people have gathered before the White House to celebrate, waving flags and chanting “U.S.A! U.S.A!”

In this hour, when we all feel justice has finally been served, our prayers go out to all of those who have lost loved ones in the terrorist attacks, and in the wars that followed.