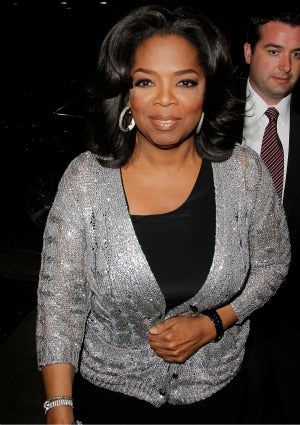 Monday’s episode of Oprah was the media queen’s highest-rated show in six years, totaling 9.6 percent of households. She announced she had a half-sister she never knew, named Patricia, and the two recounted how they came in contact with each other. She hasn’t seen such rating numbers since her 2005 post-Oscar show.

All weekend long the hype was building as to what Oprah’s shocking secret was. When it was finally revealed, the “bombshell family secret” didn’t disappoint viewers.

At the age of nine, Oprah’s mother gave birth to a baby girl and gave her up for adoption. Years later, the two got in contact with each other. After much back and forth they finally met on Thanksgiving Day 2010. “Bunny” as Patricia is affectionately called reportedly bypassed cash offerings from tabloids to share her story. “I didn’t want to hurt Oprah,” said Patricia.

Oprah openly admits that she wanted to share her own story with the world before the media and tabloids got a hold of it and it sure did pay off.

Watch exclusive footage below from “The Gayle King Show” on the OWN network, where Oprah’s bestie interviewed her via webcam about the new addition to her family.


“The Gayle King Show” airs Monday to Friday live at 10am/ET on OWN.