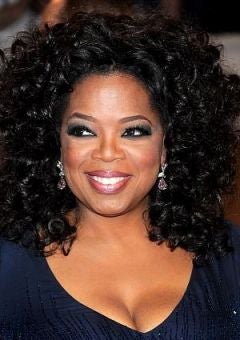 As Oprah Winfrey nears the end of her 25-year-long reign of daytime talk shows, she’s reflecting on her career. The talk show queen recently opened up about her thoughts of retirement and her feelings about failure. “I was questioning, ‘Why don’t I build a boat and sail around the world?'” Winfrey told Parade magazine. “Why don’t I learn French and find a nice little house in Provence? I could see myself bicycling with my baguettes and the whole thing. But I talked it over with my friends, and they all said, ‘You’re not going to be happy doing nothing.'” Oprah, who is set to launch her television network OWN soon, contemplated her new venture saying, “What will be a failure is if nobody comes and watches this network. What others will perceive as failure is if some shows don’t succeed. I’m concerned about the bigger overall picture: my belief that people are basically good and want to see the good in them reflected through their experiences and the shows that they watch.” And that’s why we love Oprah. She always leaves us on a positive note.