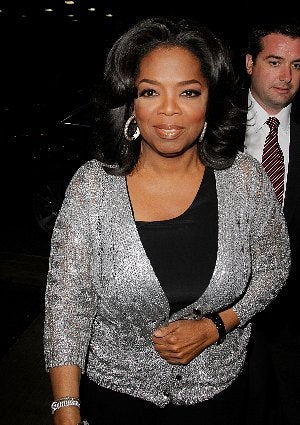 Oprah Winfrey does everything big: hair, talk shows and philanthropy. As graduation approaches for 63 girls at her Leadership Academy in South Africa, the doyenne of daytime flew all of them to America for college tours — and as we’ve come to expect, anything sponsored by Oprah is nothing short of awesome… The New York Post reports that the girls visited colleges on both coasts, including ultra-exclusive Ivy League hubs Harvard and Stanford. They also got to mingle with President Obama during a visit to the White House, and spent time at Oprah’s 42-acre estate in Santa Barbara. Oprah made a pledge to pay for each girl’s college education when she opened her school in 2007. We wouldn’t be surprised if some of these students someday join Oprah on the Forbes’ 100 Most Powerful Women list. What do you think of Oprah’s gesture?