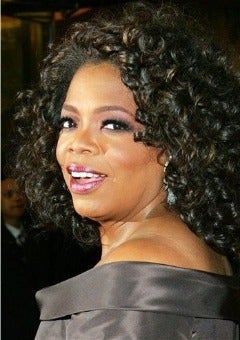 For those of us who thought Oprah Winfrey was going to take her millions and just slip into some fancy retirement, think again! The television titan is reportedly planning a comeback to revive ratings on the Oprah Winfrey Network.

As the network’s lady in charge, we may enjoy more of her ‘a-ha’ moments by the end of the year, PopEater.com reports.

“She is going to dedicate herself to her new network and do whatever needs to be done to make sure it’s a huge hit,” a co-worker of Oprah’s told Popeater.com “If this means bringing her own show back to life on her network then she will.”

In her final hour, the daytime queen even hinted at her possible return: “I won’t say goodbye. I’ll just say, Until we meet again.” And who can’t be excited for that? More Oprah, more OWN — it can only get better from here, right?

Tell us your thoughts.