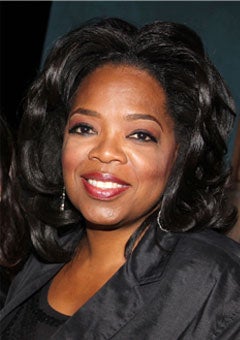 Oprah’s OWN network launched in January with a bang — or so we thought. Not soon after, ratings began to decline. Ever since then, OWN has suffered one loss after another, including the recent dismissal of CEO Christina Norman.

Oprah is shedding some light on why the network may be suffering. The daytime talk show queen says she’s giving less than 10% of her time to the developing network.

“I’ve thought maybe it would have been better to wait until this completely ended and then literally use [Oprah] as a launch pad If I had it to do differently, and had thought of that option, I might  have considered that a priority. But I don’t spend a lot of time in the regret mode,” she says, according to Eurweb.

She went on to talk about how little time she’s giving, “I feel like I have not begun to give anything to OWN… Doing this right and ending [Oprah] is a full-time job… I wouldn’t even say 10% of my time is on OWN right now. But it will be. [After the end of Oprah] I can start to give my attention to OWN that it deserves,” she says.

Let’s hope she gives OWN everything she’s got. It would be a damn shame to see such an opportunity squandered or handled without care.

She has just a few more shows until her focus completely changes. Her last talk show is scheduled to air on May 25th.