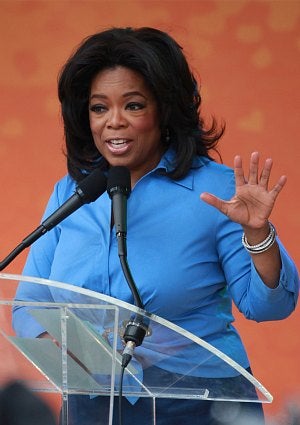 Among America’s rich and famous, Oprah Winfrey is the most giving, according to a national philanthropy group. The daytime talk queen tops the list of most charitable celebrities after donating more than $40 million for causes like education and women’s programs. Most of Oprah’s giving stems from the Oprah Winfrey Foundation, a charity organization she founded in 1987. Oprah’s genoristy has led to new child protection laws, the launch of a boarding school for girls in South Africa, and more than $6 million in grants awarded to U.S. charter schools. We could all take a lesson from Ms. Winfrey this holiday and try to give more. Kudos to Oprah for being much more than talk!