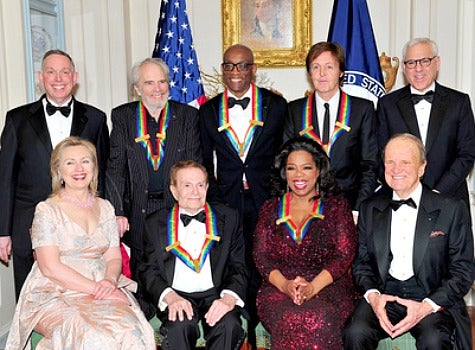 This evening, Oprah Winfrey will be honored by the Kennedy Center Honors for her role as America’s favorite afternoon hostess. Each year the Kennedy Center honors individuals from the entertainment industry who have enriched the “cultural vibrancy of our nation and the world.” Oprah, with her million-dollar giveaways and eye-opening ‘aha’ moments, clearly makes the cut. “It feels like an elevated kind of award and there aren’t many in this category,” Oprah said about news of the award in an interview with The Washington Post. “They look at your work, your life work, who you are as a human being and the spirit of who you are.” The award’s been given to talk-show greats like Johnny Carson in the past, and Oprah will be honored alongside dance legend, choreographer Bill T. Jones. With nearly 25 years of television, 4,400 shows, and some-half dozen films under her belt, Ms. Winfrey definitely deserves her moment to shine. Kudos Oprah! The award ceremony will air on CBS on December 28th.