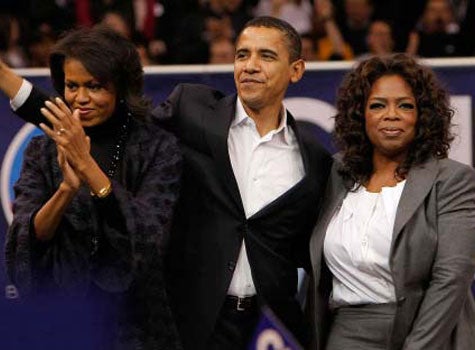 Oprah Winfrey is going out with a bang. The queen of daytime talk recently announced her plans to have President Obama and First Lady Michelle appear for a taping of her show. This interview with the First Family is set to air May 2, making it one of the final shows in Oprah’s last season on-air.

Michelle Obama appeared on Winfrey’s show in January to talk about military families, but this will be the Obamas’ first joint appearance on the show since 2006.

As President Obama gears up for his 2012 re-election campaign, appearing on the Oprah Winfrey show is a smart move. Although Winfrey has not revealed if she will publicly endorse President Obama for reelection, an invitation to appear on the Oprah show is still a good deal. The show draws more than 7 million viewers a day on average, and that number is sure to spike on the day that the Obama family appears.

Will you tune in to the Oprah Winfrey show on May 2 to see her interview with the President and First Lady Obama?