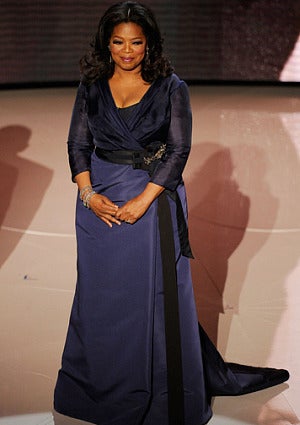 Oprah Winfrey is talking all the way to the bank. The media maven made the Forbes International Billionaires List again this year, sans Tiger Woods and BET founder Bob Johnson–who made the cut in previous years–making her the only African American on the list. Oprah’s wealth is estimated at $2.4 billion, down $400 million from last year, when she was worth $2.7 billion. Other Black billionaires include Ethiopian mogul Mohammed Al Amoudi ($10 billion), South African gold magnate Patrice Motsepe ($2.3 billionaire), Nigerian businessman Aliko Dangote ($2.1 billion), Sudanese businessman Mo Ibrahim ($2.1 billion) and Jamaican-Canadian investor Michael Lee-Chin ($1.0 billion). Read More: