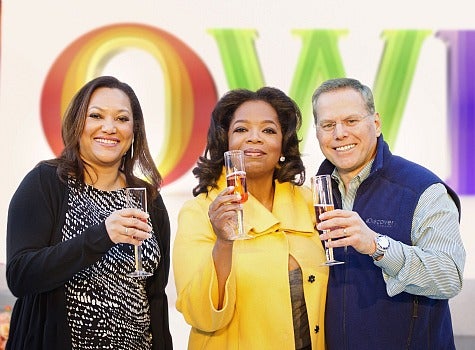 After years of planning and months of anticipation, The Queen of Daytime Television launched her Oprah Winfrey Network on Saturday at 12 noon, ET. Winfrey kicked things off with a one-hour preview special, giving viewers a sample of what the channel has to offer.

“I wanted to take the ideals of great television that we’ve established on the ‘Oprah’ show and bring them to you through a variety of new shows 24/7,” the first Black woman billionaire said. “Every minute of this network has been hand-selected by me for you, the viewers.”

While Oprah Winfrey fans look forward to watching OWN, we’re sure many of them will miss the show once it ends this spring. Oprah’s taking care of them with a special 25-episode reality series called “Behind the Scenes: The Oprah Winfrey Show Final Season.”

Did you watch the Oprah Winfrey launch OWN?