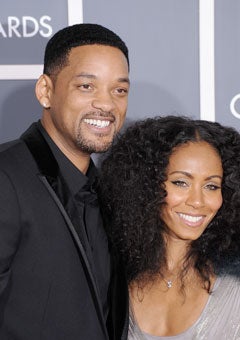 Speculation about who will be Oprah’s guest on her final show is mounting. She’s already had First Lady Michelle Obama and President Obama, Michael Douglas and Johnny Depp, so who’s last?

The Daily is reporting that the May 25th show will feature an interview with one of Oprah’s favorite couples, Will Smith and Jada Pinkett Smith.

Last week it was reported that Oprah may be her own last guest.

We do know that the last week of the show will feature a 2-episode reunion with “A Million Little Pieces” author James Frey, whom Oprah confronted back in 2005 about his fraudulent memoir. Advertising during the show’s last week will cost up to $1 million for a 30-second spot. The Queen of daytime talk is going out with a bang, we see.