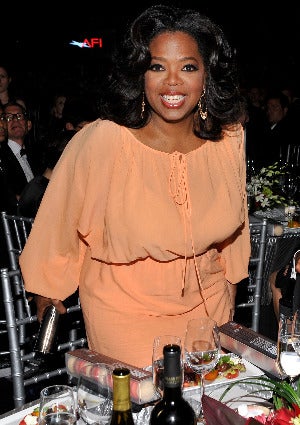 Oprah, known for her fantastic gifts, surprised the studio audience of her 25th season opener with a trip to Australia, on a flight piloted by John Travolta. Now the bad news: Qantas Airlines, the airline that fans were supposed to travel in, has just grounded its entire fleet of A380 Airbuses after one plane’s engine disintegrated mid-flight. Everyone on board the flight from Singapore to Sydney was safe, but because of the incident, reps from Oprah’s show say they are delaying the planned flight for Oprah and her guests until Qantas works things out. “The safety of our trip attendees is our first priority,” a spokesperson for the show told reporters. “We have been in touch with Qantas and are discussing all our travel options for our December trip. We will continue to monitor the situation closely.” Hopefully Oprah’s lucky fans will still get to take the trip, as it’ll still be a great experience being sent across the world on Oprah’s dime, no matter when it happens.