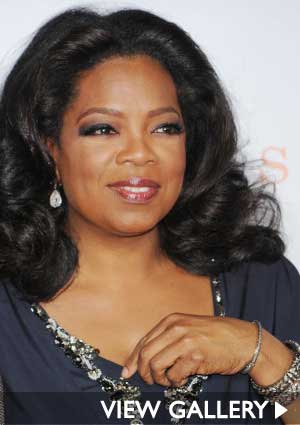 Oprah Winfrey can make mistakes, too. Last Friday, the media titan apologized to Robin Givens for the way she handled comments made by Givens’ ex-husband Mike Tyson.

In a candid interview, the former heavyweight told Oprah that Givens lied during a 1998 Barbara Walters interview and added “At that particular moment, I truly wanted to sock her, but I didn’t do it,” as the audience laughed.

Givens, a spokesperson for the National Domestic Violence Hotline told Winfrey that the reaction was tough to take. “I just wanted you…When he said ‘I’ve socked her before,’ to say, ‘That’s not right!’  And it wasn’t right and it was just painful,” Givens said.

“There are so many women like me out there…if you hear laughter about it, it lightens it up.”

Oprah who regrets the moment said, “In that moment, I didn’t know–the audience laughed because they were uncomfortable, and the word ‘sock,’ you think of a cartoon character, they weren’t laughing at you,” Oprah responded.

“I should have said something, To you and every woman who’s ever been hit, I feel that I did not handle that as well as I should have–I apologize to you, and to every woman in that situation, for not being sharp enough.”