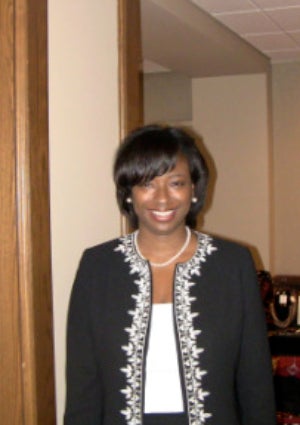 Debra Nixon-Bowles has been to hell and back. She knows firsthand why so many women stay with their abusive partners. But she also knows what it’s like to have the courage to leave and never look back. Being exposed to abuse in her childhood and then finding it again in her adult relationships have given her the strength to empower other women to do what she did–create an exit plan and take back your life.

In 2003, Nixon-Bowles started Women Called Moses Coalition and Outreach, Inc, a non-profit organization that helps battered women and their children. Inspired by the idea of Harriet Tubman who with her own intricate network, created a plan to help thousands of slaves out of bondage and on the path to freedom, Nixon-Bowles also goes in the middle of the night, helping battered women escape their abusers and sets them up in safe houses or shelters until they can figure out their next steps. The Violence Policy Center, a national non-profit organization that conducts research on violence in the U.S. stated in its annual report, “When Men Murder Women: An Analysis of 2006 Homicide Data,” that of all the Black women who were killed by men that year, 58 percent were wives, common-law wives, ex-wives, or girlfriends of the offenders. In her estimate, Nixon-Bowles has helped at least 500 of these women in the Dallas/Ft. Worth area escape but gets calls from all over the country. She tells ESSENCE.com what inspired her to start this organization, explains why it’s not that easy to just walk away from an abuser and gives specific information every woman should know about dealing with domestic violence.

ESSENCE.COM: What inspired you to start Women Called Moses?
DEBRA NIXON-BOWLES: Being a survivor, I always wanted to give back and help women who had been through domestic violence. When I was going through it, I felt like no one ever saw the signs or helped me to get out of bondage in terms of resources or just offering encouraging words. People are always there to tell you what you’ve done wrong, but I needed to hear how to get out of it. I connected with Raghib “Rocket” Ishmael, formerly of the Dallas Cowboys, who gave me $25,000 to get me started, but I did my research first. I volunteered at shelters and realized I mostly needed help educate these women. The biggest thing is that women just don’t know how they will survive.

ESSENCE.COM: How were you personally impacted by domestic violence?
NIXON-BOWLES: I was with this really nice guy and in less than a year, he became abusive. He started talking down to me, slapping me, accusing me of looking at other men and not having sex the right way. I just couldn’t do anything right. After ten years, I left him. About eight months later, I started dating someone else. Honestly, I was with this guy for protection and because of that I didn’t see the signs. He ended up busting my eardrum and put me in the hospital. After I got out of that situation, I vowed to help other women. The biggest thing is fear because you don’t know if these men will kill you in bed or take your whole family out.

ESSENCE.COM: Was there anyone you could have turned to at the time?
NIXON-BOWLES: I had friends who I told and they would say, why don’t you just leave? It was always like, girl, you’re crazy for staying. No one gave me a plan, but I don’t think they even knew what to do or say to me because I covered it up so well with makeup, clothes, hair, bulky jewelry that can cover scratches and scarves I wore around my neck.

ESSENCE.COM: That’s a pretty common thought, why not just leave him. What do you say to people who think it’s just that simple?
NIXON-BOWLES: You don’t know where you’re going to go or what you will do. Plus, a lot of these women still love these men and think about the good in them. Some women think things might eventually get better or he didn’t mean to hit me.

ESSENCE.COM: When was the first time you saved a woman from her abuser and transported her to a safety in the middle of the night?

NIXON-BOWLES: A friend called and said she knew of a woman who was beaten up pretty badly and we had to get her out. We found out there were weapons in the house, so I had her pretend like she was sleeping and then call us back once he passed out from being drunk. When she did, we met her down the street, got her out and put her in a shelter. If you tell a person, just leave, she’s thinking about packing her clothes and how her kids are going to get to school the next day. You have to have an exit plan and everyone’s plan is different.

ESSENCE.COM: Once they’re out, what does Women Called Moses do for them?
NIXON-BOWLES: We do an evaluation over the phone and find out what’s going on in the household. If I find out he’s hitting her right then and there, I tell her to get out immediately. If he’s gone, I tell women to get their kid’s birth certificates, a credit card, and medication if they need it and then call the police. We’ll even role play with the plan. When the police get there, they will escort her out. We don’t advise them to get clothes or anything. If the perpetrator is gone, we have to get her out quickly. It only takes less than five seconds for someone to pull a trigger.

ESSENCE.COM: Why do you think there isn’t a bigger to do in the Black community when it comes to domestic violence?
NIXON-BOWLES: People never want to talk about it. Abuse is unacceptable! I wanted to help people out of the darkness and show women that it’s not right to have someone beat on you and take away your self esteem, your identity, your friends, possibly your children. The victim doesn’t have a voice, but we do.