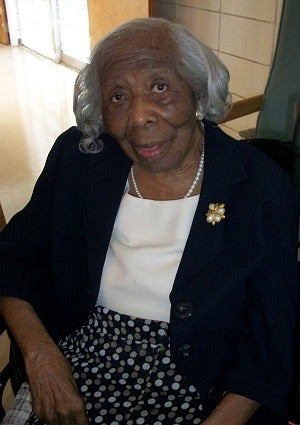 Shreveport, La. resident Mississippi Winn passed away on Friday afternoon at Magnolia Manor Nursing Home. At 113, she was believed to be the oldest living African-American in the United States and the seventh-oldest living person in the world, according to Associated Press.

Winn, better known as “Sweetie,” was one of two known people left in the country who’s parents were most likely born into slavery, as documents proved they were born before the end of the Civil War. She was never married and worked as a caretaker and cook.

“She was living on her own until she was 103,” Winn’s great-niece Mary C. Hollins told AP. “She just believed she could handle everything.”

Hollins said her great-aunt lived to be 113 by taking life’s ups and downs as they come not letting things upset her.