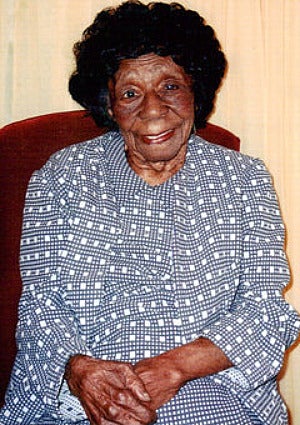 Just shy of her 114th birthday, Daisey Bailey, believed to be the oldest African American, passed away today.  Bailey died of organ failure at the Henry Ford Hospital in Detroit, according to the Detroit Free Press. Bailey was born and raised in Watertown Tennessee, where she worked on a plantation. She moved to Pontiac, Michigan in 1943 and worked as a baby-sitter and a housekeeper. She liked to garden, she enjoyed dancing and listening to the blues and her favorite dishes to cook were chicken and dressing, turnip greens and egg pies, the Free Press article reads. Although she hailed from Tennessee, she preferred bourbon over the state’s signature whiskey and those who knew her say the secret to her long life was eating lots of vegetables. The fourth-oldest person in the world and the second-oldest in America, according to the Gerontology Research Group, Baily is survived by 79 grandchildren, 70 great-grandchildren, 30 great-great grandchildren and 69 great-great-great grandchildren. What a legacy! Read More: