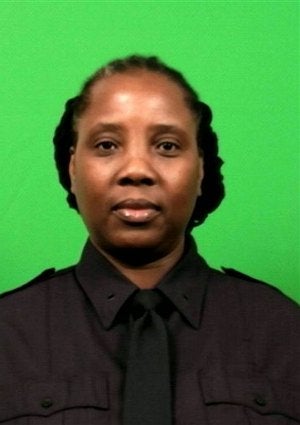 Don’t mess with a Black woman getting her hair did. When 19-year-old suspect Winston Cox, entered Sabine’s Hallway Beauty Salon in Brooklyn, New York, little did he know that the nice lady getting her done was off-duty police officer Feris Jones, aka “Trick Shot Jones.” Cox reportedly entered the salon and ordered Jones and three other customers to put all their belongings in a bag and ordered them into the bathroom. While in the bathroom, Officer Jones pulled out her revolver, gave the salon owner her cellphone to call 911 and stepped out of the bathroom to face the robber. After indentifying herself, Cox still wouldn’t relent, so “Trick Shot” did what she knows best: shoot. Five times. One shot knocked the gun off Cox’s hand and wounded his hand. He was later arrested and charged with robbery and attempted murder. Meanwhile, Jones, a 20-year veteran of the NYPD, will be promoted to Detective. Kudos to Officer Jones.