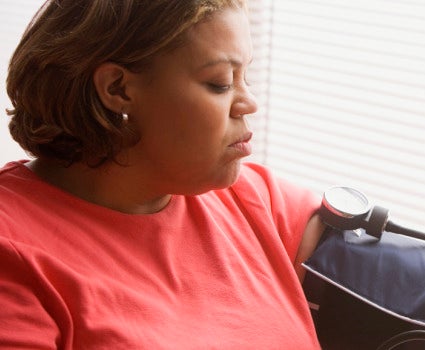 The Center for Disease Control and Prevention released a report yesterday that claims that while a lot of Americans are obese (34 percent of adults and 17 percent of children), the good news is we’re not getting bigger. According to NYTimes.com the country’s obesity rates have stayed the same for the past ten years for women and for the past five years for men.

Now comes the tricky part: reducing those rates. “I don’t think we have in place the kind of policy or environmental changes needed to reverse the epidemic just yet,” Dr. William H. Dietz–director of the division of nutrition, physical activity and obesity at Centers for Disease Control–told NYTimes.

The article pointed out that African American women have the highest obesity rate at 50 percent, followed by Hispanic women at 43 percent. One of the main reasons for this could be the lack of supermarkets stocked with affordable, healthy food in inner city and very rural neighborhoods where many AAs live. Recently, efforts have been made by a number of non-profit organizations to get the proper foods into these areas.

In 2000 the US government had hoped to reduce obesity in the nation to 15 percent by 2010, the article reported, citing that many experts expected obesity rates to decline in the same way that smoking rates did. Unfortunately they haven’t and we are nowhere near that goal.

What do you think needs to happen for us to reduce the obesity rates in America and in our community?

Star Jones has spoken out about obesity, having struggled with her weight. Here’s what she had to say

Apparently, women in relationships gain more weight. Find out why