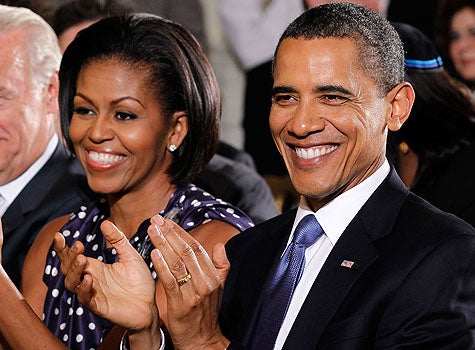 “We are both lefties. He can’t pitch on Yom Kippur. I can’t pitch.” Zing! [CBS News]

“You know, in every phase of my life … I was always looking for somebody to mentor,” she told the attendees. That’s why we love you, Michelle Obama. [HP]