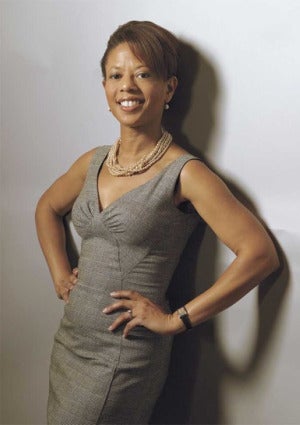 White House domestic policy adviser Melody Barnes spoke at Boston College’s Law school and addressed the her difference of position with that of President Obama on the issue of gay marriage.
She was asked, “…whether or not you support equal civil marriage rights for gay and lesbian Americans, and if so, are you speaking or will you speak with President Obama on this civil rights matter?”
Barnes acknowledged the president’s desires to “move the ball forward for gay, lesbian and transgendered Americans,” and stated that she and Obama have had “robust” conversations about his position in regards to gay marriage.
“With regard to my own views, those are my own views.” And I come to my experience bsed on what I’ve learned, based on the relationships that I’ve had with friends and their relationships that I respect, the children that they are raising and that is something that I support,” Barnes said.  “But at the same time, when I walk into the White House, though I work to put all arguments in front of the president as you say, I also work for the president.”
The White House responded to the tape of Barnes’ answer, stating that her statement, “this is something that I support,” is open to speculation and that “her own personal views are irrelevant to her work advancing the Administration’s agenda.”