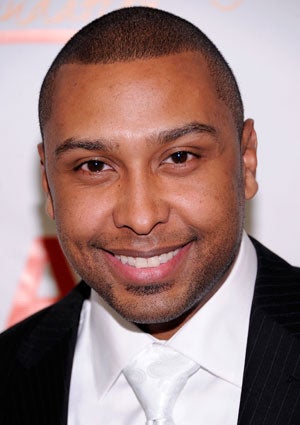 Last week, soul singer Noel Gourdin debuted the video for his new single “Beautiful” on ESSENCE.com. Today, we’ve followed up with the Boston native to find out what inspired the song’s strong lyrics and what he’s crooning about on his new album, “Fresh: The Definition.”

ESSENCE.com: Quite a few ladies liked your new single, “Beautiful,” on ESSENCE.com, did you write it yourself?
NOEL GOURDIN: I didn’t write, “Beautiful,” all by myself, songwriter Ryan Toby really started it. It had this great feel to it and Marcus “DL” Siskind, the CEO of my new label, Mass Appeal Entertainment, produced it. I felt the record and said, it’s high time that the ladies just get a lot more respect on the airwaves, because there’s so much degradation. We recorded the song in December 2010 and as soon as we finished it I knew we had something worthwhile — like my first number 1 single “The River” from my first album, “After My Time.”

ESSENCE.com: “Beautiful‚” has a great message. How important is a person’s self-perception in garnering the respect you describe?
GOURDIN: It’s all in the way a person respects themselves. There are stereotypes, are they right? No, but like racial profiling, to our society it is what it is. What you put out there can set yourself up for how you’re perceived. Do you want to be perceived a certain way? Then be conscious of that. However if a beautiful woman walks by and a man wants to talk to her and she ignores him, that does not give him the right to scream expletives at her. That’s not right. We have to remember on a conscious level, how we appear and how we carry ourselves.

ESSENCE.com: What’s your new album called and does it focus on this idea of respect?
GOURDIN: The new album is called, “Fresh: The Definition‚” and it’s about the situations that arise in love. I have a record called, “Insurance Policy,” about how a woman might be on your case thinking that you’re cheating and the song says she wouldn’t have to do that if she were doing what she’s supposed to at home. “Brand New‚” is my story about coming from Epic Records to an independent label with Mass Appeal and starting fresh. You’re not done until the Lord says you are.

ESSENCE.com: We hear you’ve got a nod to James & Bobby Purify hit “I’m Your Puppet”…
GOURDIN: I’ve got a song called “Puppet‚” about being so infatuated with a woman that you’re being worked over, in a good way. It’s not taken from their “Puppet” but it has that classic soul feel.

ESSENCE.com: Who are some of your musical influences?
GOURDIN: Marvin Gaye, Tyrone Davis and Johnnie Taylor. They just went in the studio, did it up and it’s still around today, 50 years later. It’s timeless and the type of integrity I want to be remembered for when I’m out of the music business.