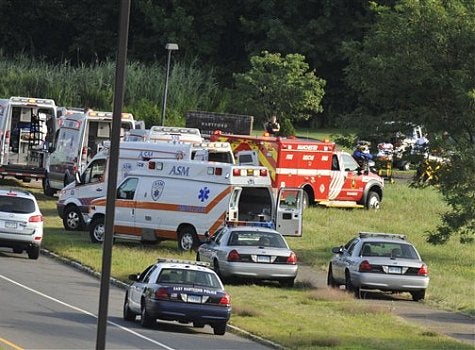 Omar Thornton called his mother before taking his own life this morning. “I killed the five racists that was there bothering me,” he reportedly said. Police have now confirmed that Thornton opened fire on eight colleagues before turning the gun on himself, reports CBS News. Thornton, a 34-year-old African-American, worked as a warehouse driver at a beer distributor in Connecticut. His family described him as a hard-working man who met his breaking point after being accused of stealing beer from his job. They say Thornton had long complained about working in a racist environment. In one instance he found a noose and racist writing on the wall in the bathroom. Police say Thornton opened fire after a meeting this morning in which supervisors offered him the chance to quit before being fired for the stealing incident.