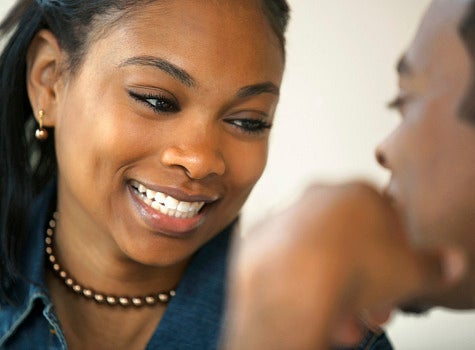 Nightline placed the question “Why can’t a successful Black woman find a man?” before a panel of female celebrities and male relationship experts. The debate was a follow-up to its previous coverage in December of 2009, this time pitting Sherri Shepherd and Jacque Reid against author Jimi Izrael (“The Denzel Principle”) and actor/author Hill Harper (“The Conversation”). Moderating this “Nightline Face Off” is the love guru himself, Steve Harvey (co-host of this year’s ESSENCE Music Festival), and ABC’s Vicki Mabrey. The debate, which was conducted at the Porter Sanford Performing Arts Center in Decatur, GA. on April 9th, airs on Nightline tonight at 11:35 pm ET. We’re interested in seeing if it gets heated and if the panelists were able to move beyond the negative statistics to find effective approaches to dating. “My hope is that we can move this conversation forward and come up with some solutions,” Jacque Reid said in an ABC interview leading up to the debate. ESSENCE Relationship Editor Demetria Lucas’ mantra is to focus on the positive. In a profile in the Washington Post yesterday, Lucas recommends that successful Black women pay less attention to the daunting statistics and put more energy into putting themselves out there. “It’s about you being one good woman looking for one good man to call your own,” she explains. “And there’s nothing wrong with being a little assertive to get what you want. There’s nothing wrong with giving a man a clear signal that you’re interested.” Lucas says a lot can get accomplished with a smile and “hello.” Based on her active Twitter feed, the men are in agreement. “Men in mass are cosigning,” she says. “They’re like ‘it’s okay to smile at me.'” Staying upbeat about being single and looking for love seems way healthier than focusing on statistics. As a young, unhitched Black woman, I don’t walk around lamenting my single status. I celebrate it. Furthermore, while I’m open to dating green, purple and yellow men too, I don’t think that finding a good Black man is impossible. I have a great group of upstanding, intelligent, artistic and very attractive Black male friends that cause me to differ. “The reports of an alleged crisis affecting single Black women are misguided, one-sided and dangerous,” columnist Maya K. Francis writes in the Philadelphia Inquirer. “They’re crafted around antiquated notions of Black women as disagreeable, emasculating and unwanted and of Black men as perpetual failures. The media are maligning Black women for their success and stereotyping Black men by over-anticipating their shortcomings.” In her opinion piece, Francis points out that single White women are often depicted as, “confident, independent [and] desirable,” where as we are viewed as, “lonely and waiting.” I’m not lonely or waiting. On the contrary, I’m taking Demetria Lucas’ advice and putting myself out there. How about you? Read More: