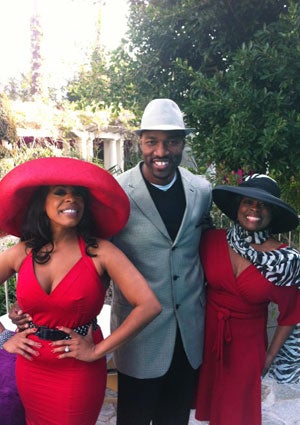 As Niecy Nash preps to head down the aisle this summer, the actress and TV personality celebrated her bride-to-be status with a fabulous bridal shower this weekend with a “hats and pumps” theme…

Judging from Niecy’s Twitpics, the shower was a major success. We can’t wait to watch the wedding on TLC later this year.

“[I] kept the party going,” Nash tweeted later from home. “Opening gifts. Thanks, you guys!”

Nash also gave Steph Jones a shout out for “Making my shower so special with your new song.”