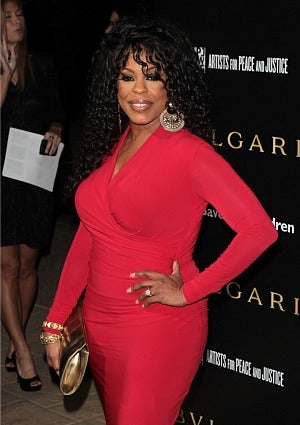 Niecy Nash was blessed with many things; beauty, talent and the ability to make people laugh, to name a few, but the actress and former “Dancing with the Stars” contestant will tell you she doesn’t have “the bride gene.”

When it came down to planning her own wedding to fiance Jay Tucker, Niecy decided to get a little help from the folks at TLC.

Nash announced that the network will air a two-hour special on her and Tucker’s late May nuptials and the moments leading up to the big day — like finding the right space and the perfect wedding dress.

“No bridezilla here!” Nash admitted to People.com. “I haven’t been planning a wedding since I was three. I have to go to the experts to say, ‘What am I supposed to do here?’ And me and my mother watch ‘Say Yes to the Dress’ religiously. So I’m really looking forward to it.”

Nash — whose bridesmaids will include Sherri Shepherd, Wendy Raquel Robinson and Sheryl Lee Ralph as matron of honor — said she wanted to give back to her fans by airing her wedding on television. “I want them to know at the end of the day [that] love is possible a second — sometimes even a third — time around. You can get another chance.”