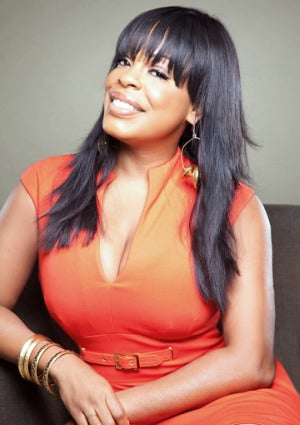 A week after she blew out 40 candles on her birthday cake, Niecy Nash has been confirmed as a contestant for season 10 of “Dancing with the Stars.”
As she’s constantly on the move, “Dancing with the Stars” seems the perfect place for the Emmy-nominated Nash who currently serves as hostess and producer of “Clean House.” When she’s not helping folks de-clutter their lives or lending her knowledge to the panel over at “The Insider,” she is tending to her three children. Her credits include the film “Not Easily Broken” as well as “Reno 911!,” “The Bernie Mac Show” and the short-lived sitcom, “Do Not Disturb.”
Rounding out the contestant roster are the NFL’s Chad Ochocinco, Nicole Scherzinger of Pussycat Dolls fame, along with actresses Pam Anderson and Shannon Doherty, among them.
The new season of “Dancing with the Stars” kicks off on March 22 and we can’t wait to watch her fancy footwork. Go, Niecy!
Read more: