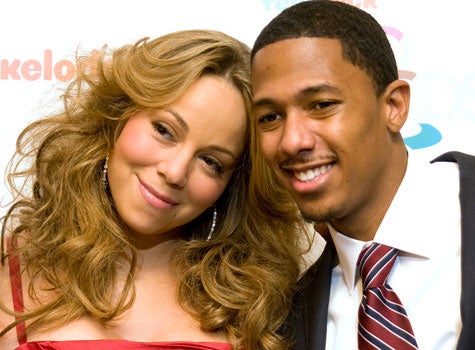 Mariah Carey and Nick Cannon had a very busy weekend. Between celebrating the pop diva’s birthday and rushing to the hospital due to contractions, the expectant couple is on high alert. Cannon opened up about the hospital visit and his concern for his unborn twins.

“They’re calling it a ‘scare,’ but really, it was nerve-racking,” Cannon told the “Los Angeles Times.” “We were in the hospital from 4 a.m. until I don’t even know.”

While Nick says Mariah is “super ready,” for the twins to arrive, they’re both hoping the twins will get as close as possible to their May 14 due day before making their first appearance.

“The thing with twins is that you want them in their natural incubator as long as possible,” he said. “They might be ready to come out, but we need them to stay in for a while.”

The dad-to-be said Mariah’s recent baby-bump decorating was “her [way of] finding fun and festivities through the pain,” and that when the little ones do arrive they’ll have lots toys to welcome them home.

“We got so much stuff. … There’s all these giant stuffed animals. It looks like Noah’s Arc in here. There’s giraffes, polar bears, lions.”